It was a moment before Malaysia celebrate its national belated freedom 62nd years on next day. With 52% the ball possesion belongs to Malaysia in second half, almost triggered a goal when J.partiban threw a ball from right wing to Hazwan Bakri to shot the goal but neglected by Jordan's keeper. 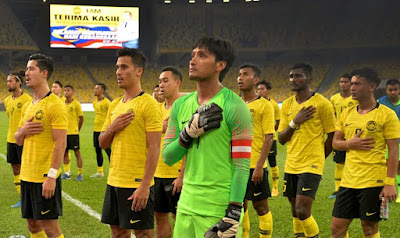 Malaysia seems to get in rigth track to get more than two three times chances to have a goal but all tries were shot above the goal post.

The only goal was shot by Saeed Murjan, Jordan Captain in first half. Jordan sent their almost second team without six regulars, dominated first half. Harimau Malaya got one two chances to drew the matches on first half, but not always not on right target. 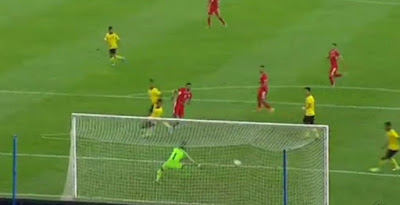 Meanwhile Jordan coaches, Vitak Borkelmans was fascinated with the Ultras Malaya. He said the scene was so awesome when he can really enjoy the moment with abondaned of Malaysia supporters came to support their team was so miracles. It was about more than 14000 spectactors to Bukit Jalil National Stadium. 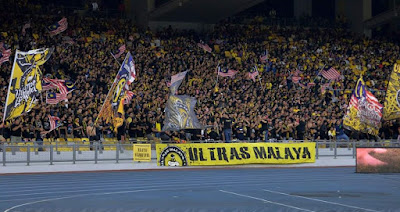 Lists of 24 players to JAKARTA.


Lists of 24 players of Indonesia